OR
Send
Your Share has been sent
Favorite
Photos
Map
Tour
Prices are changing. Get a free home estimate     Find out now

Listing Provided By Mony Ty (801-467-9000) with Summit Sotheby's International Realty.
About 15 years ago, I had decided to knock on the door of a home that I wanted to know more about. A mid-century treasure, tucked way back off a side road, with fifty-foot pines in front and a dry gully in the back. An elderly Chinese man opened the door and told me his storyand what a story he had. Hailing from the little city of Ogden, this 5'9 man became a giant in Salt Lake City.For you to understand the true significance of this home, you would also have to understand what this period was like for a minority individual. Asian Americans had to knock on the doors of the neighborhood residents to see if they were permitted to buy in the area. Not only did this man buy in the area, but he also designed and built a pretty amazing life. He was part of the founding class at the University of Utah School of Architecture, in 1952. He was also the first person of Asian descent, and the first ever person of color to become a licensed architect in Utah. Aside from raising two sons and five daughters with his wife, Merrie, Will went on to design over 250 buildings over a 40-year career. He was eventually honored with a Lifetime Achievement Award from the American Institute of Architects (AIA). William Will Wing Louie was an artist, and just like in his art, the attention paid to detail in his home is very apparent. From the beautiful rosewood door handles to the organic colors and textures in the salt-glazed bricksthe same bricks you see used in his buildings throughout this city everything was carefully considered. The home is sited in such a way that the wall of glass in back takes full advantage of the views overlooking the gully. The home is anchored in front by columns of pine trees and enveloped by a peaceful garden. Posts and beams create volume and openness among the public spaces on the main level, while the lower level is reserved for the bedrooms. The influence of Japanese post and beam design is clear, as well as the modern movement of that period. This home has received nothing but love and appreciation from the time it was birthed. It has seen the changes of seasons, the arrival of ten grandchildren, and seven great-grandchildren. A world that's very different than when this all started, has grown up around it. This home is compelling not just for its design, but because of the man who brought it to life.
3
out of 5
William Penn School
Public 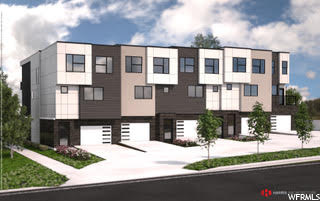 See local market activity affecting the value of
your home & maximize your investment.